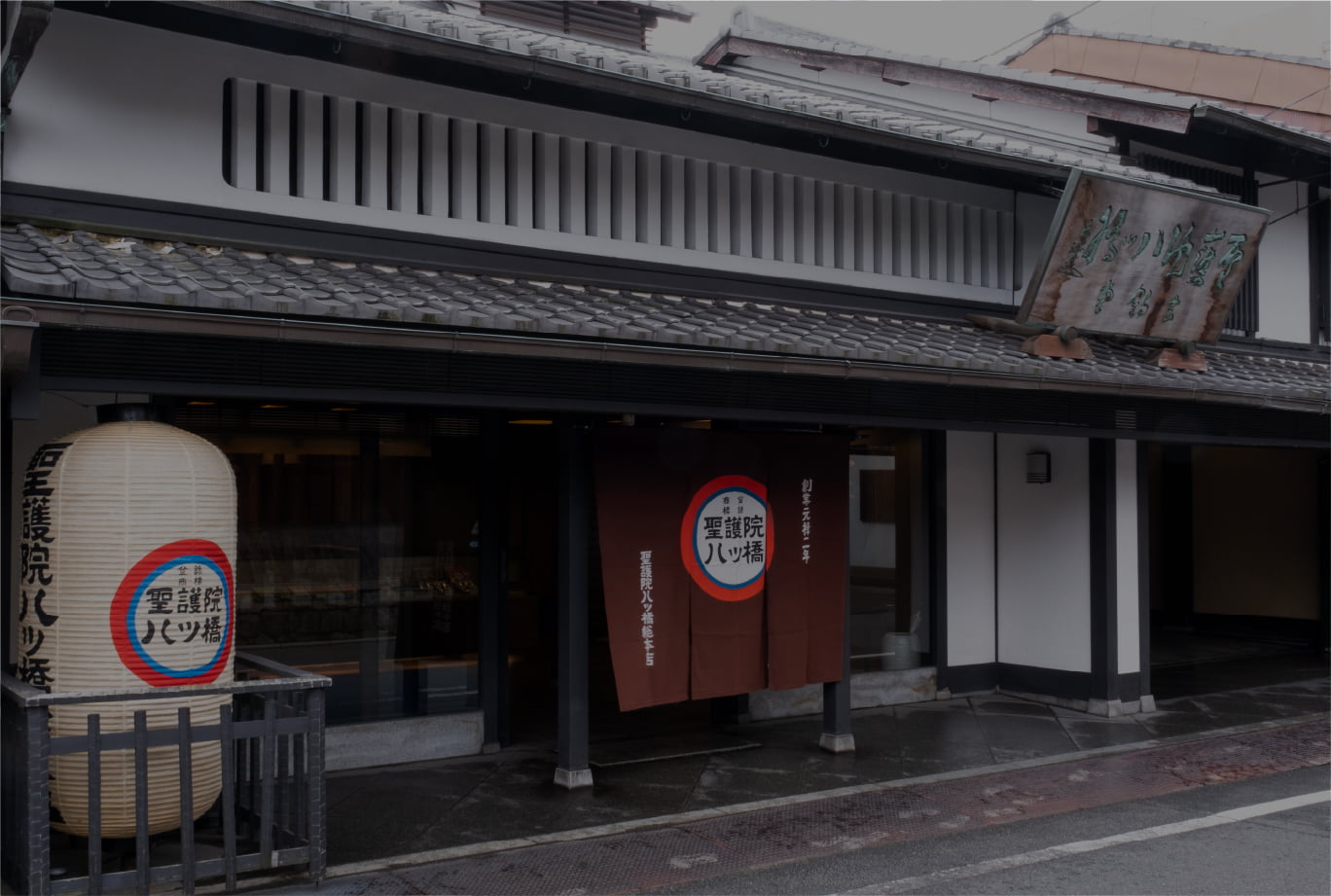 Kengyo Yatsuhashi, a master of koto music who lived in the 17th century (early Edo period), created a number of excellent compositions, including Rokudan-no-Shirabe, and has been admired as the father of koto music of the early modern period.
After his death, he was interred in Jokoin (commonly called “Yatsuhashi-dera,” established in Konkai-komyoji temple) located in the Kurodani district in Kyoto. His grave is visited by many people. In 1689, four years after his death, the koto-shaped dry confectionery yatsuhashi, named in commemoration of the koto master, was first sold in the Shogoin district located on the approach to the temple.
Since then, over 330 years have passed.
After many years, Shogoin-Yatsuhashi is still beloved by the people of today.

Meanwhile, Hijiri, an unbaked yatsuhashi filled with tsubu-an (whole azuki beans),originated from Mikimochi, sweets served at a tea ceremony held at Ichiriki, a historic teahouse in the Gion district in Kyoto, on the day before the Gion Festival in 1960. The ceremony was hosted by Grand Master Sokuchusai of Omotesenke, a school of the Japanese tea ceremony.
The bean-jam filled unbaked yatsuhashi Hijiri continues to delight many people, adding to the popularity of yatsuhashi sweets.
These two sweets seem to be totally different; however, the definition of Yatsuhashi is the same.“Sweets made from rice flour, sugar, and cinnamon.”

Our company’s corporate philosophy is “Taste is Tradition”.
The reason why Yatsuhashi have existed for over 300 years is very simple. We have produced tasty sweets, so that our customers love Yatsuhashi and believe in our company.